Avoid Losing 30% of Your Money with THIS 401k Withdrawal Penalty 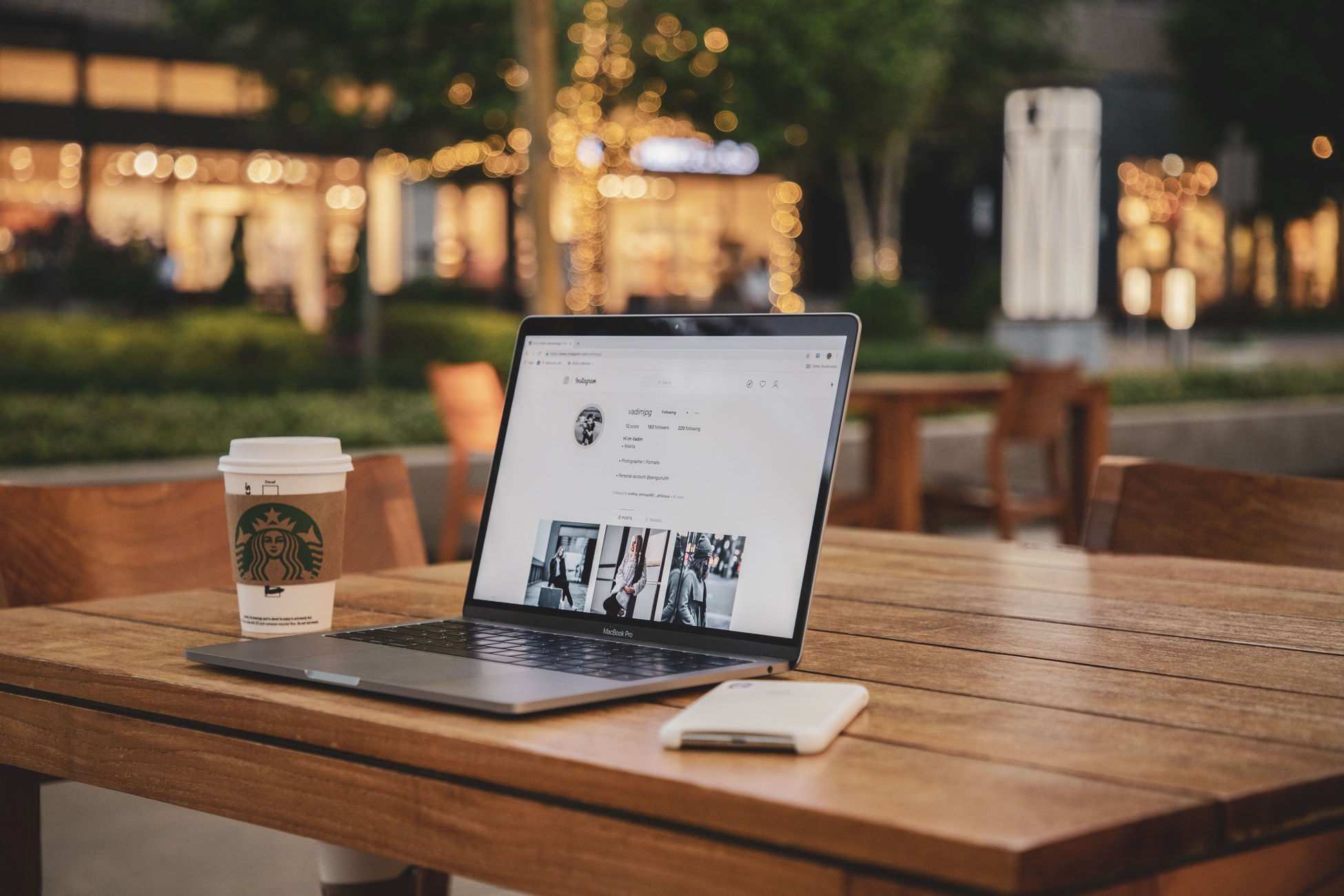 Are you considering cashing out your 401k plan early due to debt or other financial hardships?

Unless you know what’s in this video, you can end up losing 30% of your money.

If you want to pull out your money without paying a 401k withdrawal penalty, this video is going to show you the best way to do just that.

What’s up, guys!? In case you forgot to, go ahead and smash that like button for the YouTube algorithm.

In an ideal world, you would keep all of your money into your 401k until you retire without ANY interruptions in your weekly investments.

Sometimes we are faced with financial hardships where we need money.

Sometimes we change jobs and they send us a check instead of letting us roll the money into a new 401k.

Maybe you even are considering making a 401k withdrawal to buy your first home.

Obviously, my advice is to DON’T take your money out of your 401k.

But that advice doesn’t really SOLVE your problem.

You need to pull money out and you want to do it with the least amount of impact on your finances.

That’s what this video is about.

Consequences of a 401k Early Withdrawal or Cashing Out a 401k

The first thing I want to go over is what actually happens when you pull money out of your 401k.

It’s important to know what the downsides of this are so that you can make the best financial decision.

The first thing is that your taxes WILL be withheld.

Taxes will be withheld.

The IRS generally requires automatic withholding of 20% of a 401k early withdrawal for taxes.

You’ll get hit with a 401k withdrawal tax.

Along with them withholding taxes, the IRS will also hit you with a 401k withdrawal tax.

If you withdraw money from your 401(k) before you’re 59½, the IRS usually takes a 10% penalty when you file your tax return.

So, you get a one two punch with the withdrawal taxes and the tax withholdings, which tax 30% of your money when they join forces for evil.

This means that you’re going to lose 30% of the amount that withdraws early from your 401k.

You’re going to retire with less.

I know. I know. Your current emergency feels more important than your retirement.

I mean, you’ve got time to make up for the money you pulled out, right?

You have to balance the long term effects of cashing out your retirement accounts.

It means less money for your future.

That may be ESPECIALLY true if the market is down when you make the early withdrawal.

At some point, every market rebounds.

So, if you pull your money out, you’re losing out on the gains that your 401k would have if you had just waited 1-2 years for the markets to improve.

But if you’re pulling your money out due to quitting your job, let’s talk about how long does it take to cash out a 401(k) after leaving a job.

How long does it take to cash out a 401k after leaving a job?

It can take up to 10 business days to receive a check after cashing out your 401k.

But this does not mean 10 days from when you inform Fidelity 401k that you want to cash out your 401k.

This means after your 401k account manager sells your interests in your investments, it will take up to 10 days to get your check.

This means it could take 2-3 weeks to get your money from your 401k.

If you’re gonna take a 401k early withdrawal, you want to know how to do it and how to pay the least amount of money in 401k withdrawal penalties.

The first one is seeing if you qualify for an exception to the 10% tax penalty.

There’re a few reasons why the IRS would allow you to be exempt from the 401k withdrawal tax penalties.

The first one is that you choose to receive an “substantially equal periodic” payment plan.

With this plan, retirement plans can be cashed out penalty-free.

But this is only if you take annual distributions for a period of five years or until you turn 59½.

But income tax must still be paid on the withdrawals.

If you quit this plan before it end, you’ll have to pay all the penalties it allowed you to avoid, plus interest on those amounts.

The next way to get an exemption for the 401k early withdrawal taxes is that you leave your job.

This works only if it happens in the year you turn 55 or older.

If you work in federal law enforcement, federal firefighting, customs, border protection or air traffic control), then you can take your benefits at 50 years old instead of 55.

And the third way to get an exemption is if you are divvy up your retirement accounts for a divorce.

When you get divorced, you may be pulling money out of your 401k to give to your spouse.

If this happens, then you won’t be charged a penalty for taking money out of 401k.

Okay, now that we know some ways to avoid paying our 10% penalty, let’s talk about seeing if you qualify for a hardship withdrawal.

2. See if you qualify for a hardship withdrawal

A hardship withdrawal is a withdrawal of funds from a retirement plan due to “an immediate and heavy financial need.”

The retirement account manager that oversees your employer’s 401ks is the one who decides if you qualify for a hardship distribution for your 401k.

You may need to explain why you can’t get the money elsewhere, such as a loan or savings account.

Generally, you can only pull out what you and your employer have contributed.

Meaning, if you have made any money from the profits of your 401k, then you cannot pull that money out.

Even though you can pull money out of your 401k if you’re experiencing a hardship, you will still be taxed.

You will have to pay income tax on your hardship withdrawals.

And the 3rd way to reduce the amount that you pay in penalties is converting your 401k into a Roth IRA.

So, you might be able to avoid that 10% 401k early withdrawal penalty by converting your 401k to a Roth IRA first.

There are no mandatory withholding on IRA withdrawals.

no mandatory withholding on IRA withdrawals.

That means you might be able to choose to have no income tax withheld and thus get a bigger check now.

You still have to pay the tax when you file your return, though. So you’re never off the hook from the IRS.

They gon get they money.

So if you’re in a desperate situation, rolling the money into an IRA and then taking the full amount out of the IRA might be a way to get 100% of the distribution.

To take advantage of this tax-free withdrawal, the money must have been deposited in the Roth IRA and held for at least five years AND you must be at least 59½ years old.

So, you can’t just roll your 401k into a Roth IRA today and pull it out tax-free tomorrow.

Rolling a 401k into a Roth IRA may also be a way to finagle cashing out of a 401k without having to pay the 10% penalty.

Employer-sponsored 401k plans may allow for early withdrawals or loans.

If your plan allows a loan, you must repay the money with interest to avoid income taxes and a penalty.

Some 401k plans give you more than five years to repay a loan for a primary home. So, you can’t buy a rental property with that.

If you leave your job, loans must be repaid or rolled into an eligible retirement account by the next tax filing deadline, or you’ll pay taxes and a penalty on the borrowed money.

The other way is by pulling money out of your Roth IRA and paying for college.

So, your school costs could qualify, but which ones?

Withdrawals for college expenses could be OK if they fit the IRS’ definition of “qualified higher education expenses.”

Qualified expenses are amounts paid for tuition, fees and other related expenses for an eligible student.

But you cannot use it to pay for things like books, food, or beer.

And truthfully, this one probably won’t even affect you unless you’re a little bit older and you decided to go back to school.

And the 4th way to reduce the amount that you pay in penalties is taking out the bare minimum when you are cashing out your 401k.

This means if you absolutely need $10k for an emergency, don’t pull out $15k just in case you need extra.

Even if you are able to avoid paying the 10% tax penalty, you will still get hit with paying income tax when you take out an early 401k withdrawal.

But if you’re taking money out of your 401k, MAKE SURE you really need it because you CANNOT get that money back once you pay those taxes.

And no matter which 401k withdrawal strategy you use, this means that your retirement account is going to take a significant hit.